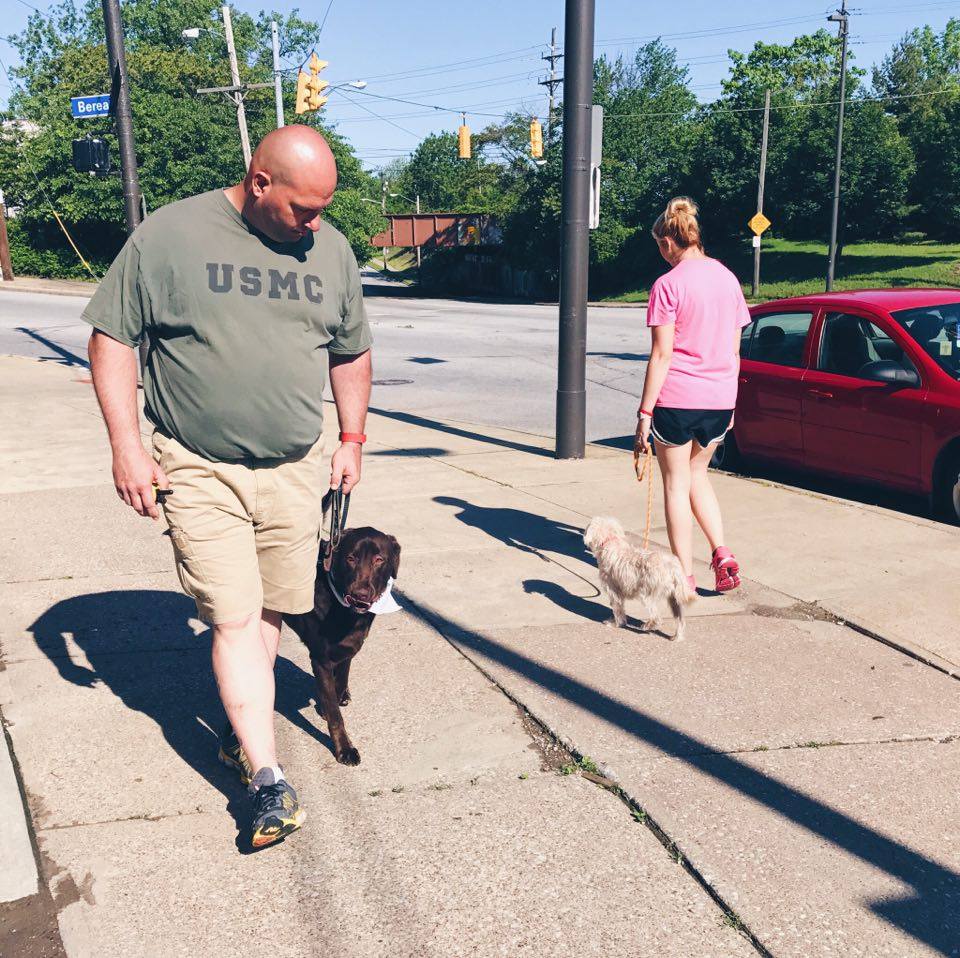 On leash greetings with people and dogs are the number one cause of behavioral issues on the walk.  They cause reactivity, condition excitement, and put dogs in immensely uncomfortable situations.  Lets break this down..

First and foremost the number one reason why we discourage on-leash greetings is due to the unnecessary social pressure that it creates for the dog.  In ideal social situations between dogs and dogs or dogs and people the dog is free to roam.  If they get stressed out due to another dog or person they can get up and walk away giving them space and reducing the social pressure.

Being on a leash is very restricting to most dogs.  They are stuck within a 4-6 foot radius of you at all times and are very aware of it.  This puts them in an innate position to tap into their fight or flight responses.  Since they do not have the ability to flee, we see them find alternative ways to deal with the stress.  You will see this in two major forms.  The first, and most common, is in leash reactivity.  Your dog will quickly begin to realize that barking, growling, or lunging makes other dogs or people go away before they have a chance to approach.  The other major sign that we see is your dog aggressing on the dog/person trying to make them go away.

Next, lets take the example of a dog that is not nervous or fearful, but overly playful and social as can be.  There are a few major reasons why we still discourage on-leash greetings, even with these dogs.

The big thing we want to avoid with a social dog by eliminating on-leash greetings is conditioned excitement.  Classical conditioning is a beautiful thing.. except when we are accidentally creating responses to things that we don’t want our dog responding to.  By allowing your dog to say hi to every dog or person that they see on the walk we are essentially telling them “Get excited every time you see a dog”.  This shows itself in pulling, barking, and other unwanted behaviors making it difficult for you to keep your dog under control.  Keep in mind that these issues can go from 0-60 very quickly and turn from playful energy to aggressive and dangerous behavior through continuous rehearsal.

The last reason is more of a precaution that we take than anything.  We don’t know the other dog!!  You could have the most social dog in the world but if your social dog says hi to another dog that doesn’t like it or isn’t quite as social as the owner may say, you could wind up with your dog being attacked.  And that in itself will cause a whole OTHER slew of unwanted side effects.  You may not be concerned about this for a number of reasons but the reality is that I see dogs every single day who have been attacked by another dog on the walk.  It just isn’t worth taking the chance.

13 thoughts on “Why On-Leash Greetings with other dogs can be one of the single biggest mistake you make with your dog.”